With over 35 years as a healthcare provider, Mara is a nationally Board Certified Adult Nurse Practitioner. Before attending the University of California at San Francisco Masters in Nursing program, Mara was a homecare and hospice RN. She earned her Master’s in 2005 and began working in Integrative Medicine as a Nurse Practitioner.

Mara has developed an expertise in functional, nutritional medicine; blending pharmaceuticals with nutraceuticals, utilizing science and nutrition to its best advantage to get the optimal effect and outcome.

Mara developed an expertise in treating Tick-Borne Disease and Biotoxin illness. Using the best of Western and Eastern philosophies of medicine, the blend allows for a more complete picture of the problem and how to treat it. Mara focuses on restoring function in the body, strengthening the immune system, decreasing inappropriate inflammation, restoring detoxification pathways, balancing hormones, and healing the intestinal tract. This allows the body to reclaim the processes that have been hijacked by the infections. Without doing this recovery is less likely. Then, those who have been ill can begin treating and healing. These illnesses are too often misdiagnosed or undiagnosed leading to further disability and decline.

This became apparent to Mara when her daughter became bedridden with Chronic Lyme Disease after being misdiagnosed for over 20 years. (Fibromyalgia, Chronic Fatigue Syndrome, Rheumatoid Arthritis and Multiple Sclerosis were some of the diagnoses she was given.) Her daughter spent over 5 years bedridden. The longer these infections remain untreated, the longer it takes to recover, and damage to the tissues occurs over time.

If you have sought help from many providers, have been told your tests are all negative and that ‘it is all in your head’, Mara can help. 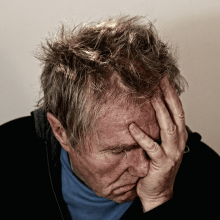 Lyme Disease
People with Chronic Lyme Disease feel terrible. Imagine feeling exhausted most of the time, having no energy. You hurt everywhere, especially in your joints. The pain can be severe. You may be naus...
Mentions

Mara Williams, RN, MSN, ANP-BC
View most helpful
If you have questions regarding how to do your treatment, or are interested in hearing about alternative modalities -- or need someone who not only hears you, but listens to you, I highly recommend this excellent practitioner to you
Name Hidden

Health Issues
Lyme Disease
Was this testimonial helpful? 19
Mara has experienced the challenge of helping more than one family member with ongoing health problems which means she understands what you may be going through as well as how to deal with it.
Name Hidden

Health Issues
Lyme Disease
Was this testimonial helpful? 14
Since she is highly intuitive, compassionate and grounding, Mara has helped me cope with many challenges on my healing journey. Mara remembers which labs to order, and is terrific at keeping all the orders she writes specific. That helps you as well as other health care professionals you may be seeing.
Name Hidden

Health Issues
Lyme Disease
Was this testimonial helpful? 10
Mara Williams is a real asset to my health care team. She takes a very individualized approach with her patients, and will work with you to find the very best treatments.
Name Hidden

Health Issues
Lyme Disease
Was this testimonial helpful? 8
As a Lyme Literate practitioner, Mara can help determine the best approach to treating this complicated illness which may be a combination of different therapies. Using the whole world as her tool box, Mara selects from many healing modalities which include herbal remedies, Chinese and Arevedic medicine, as well as homeopathics, German biologics, and of course, prescription drugs( Western Medicine).
Name Hidden