Biotoxin illness is an invisible disease that results from exposure to toxins such as mycotoxins including ochratoxin, aflatoxin, trichothecene, and gliotoxin among others, or toxins from microorganisms such as viruses, bacteria, fungi, and molds. Inflammagens such as endotoxins, mannans, proteinases, and even EMFs initiate a vicious cycle of inflammation called “chronic inflammatory response syndrome” coined by Dr. Shoemaker. Chronic inflammation is the result of the immune system’s desperate attempt to combat and remove these toxins, but the immune system becomes overactivated. Proinflammatory cytokines such as Il-6, Il-8, Il-10, and TNF alpha are released by immune cells, and upregulation of TGF-Beta 1 and C4a and VEGF occurs. The cytokines bind to their receptors and cause the release of MMP9 in the blood. MMP9 affects the release of MSH (melanocyte-stimulating hormone) from the hypothalamus, causing patients to be unable to thermoregulate, suffer sleep dysregulation, and develop leaky gut syndrome. The ensuing immune activation can also cause hypercoagulation (clotting of the blood) and restricted blood flow, resulting in cellular and tissue hypoxia (low oxygen concentration). Decreased production of VEGF can manifest as muscle cramping, headache, and shortness of breath.

Additionally, biotoxins generally have a specific affinity for fat cells because they can “stick” to them and disrupt the extracellular matrix. This makes it particularly difficult to remove these toxins as typically would occur by the liver and kidney. Depending on the type of toxin present, toxin binders such as Bentonite clay, NAC, Charcoal, Zeolite, Apple Pectin, Chlorella, Cholestyramine, and/or Welchol may be used in order to facilitate the removal of these toxins from the fat cells. Additionally, green juicing, glutathione, colonics, and infrared saunas may also help to remove these toxins more quickly.

Most importantly, if you are exposed to a water-damaged building, or are breathing mycotoxins from a previously damaged building, PLEASE REMOVE YOURSELF IMMEDIATELY FROM THAT ENVIRONMENT. No amount of intervention will help you regain your health if you are continually exposed to biotoxins. Please contact Dr. Marra’s office right away so that she can help you solve your disease-causing puzzle. She can help you navigate the difficult terrain of identifying reputable companies to help you clean up your biotoxin illness issues. 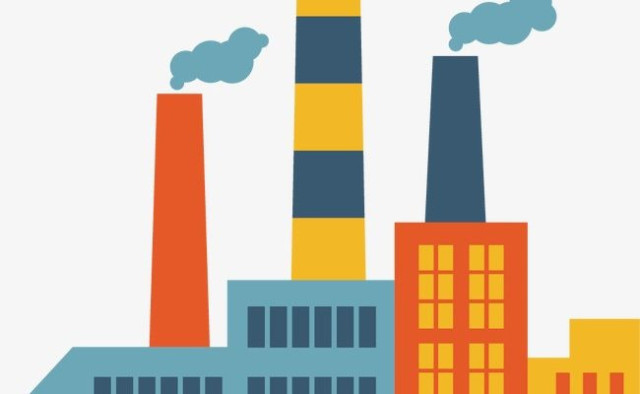 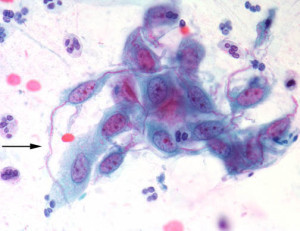 Lyme Disease
The Jarisch-Herxheimer reaction was originally noted in 1895 by Dr. Jarisch who worked with Syphyllis (a spirochete) patients.  In the 21st century, we observe Herxheimer reactions in tick-borne il...
Mentions 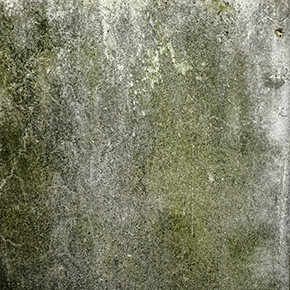 Mold
Chronic Inflammatory Response Syndrome (CIRS) was coined in 2003 by Dr. Richard Shoemaker in Pocomoke, Maryland when he began seeing a multitude of patients with mold toxicity from water-damaged bu...
Mentions 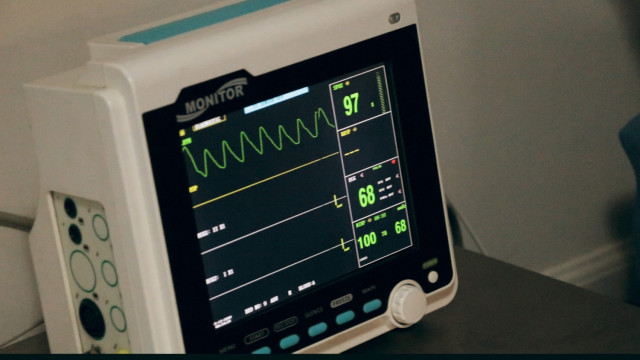 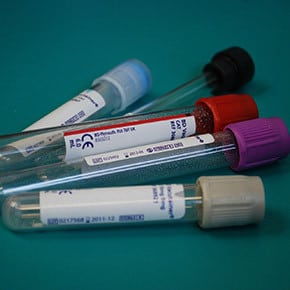 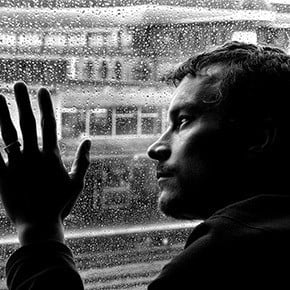 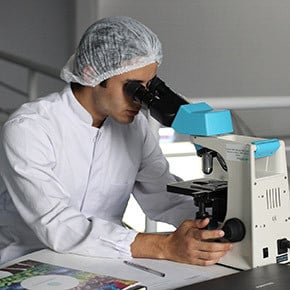 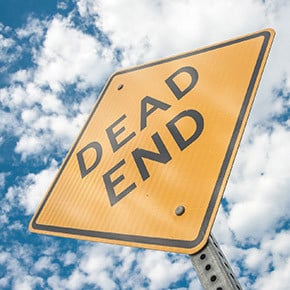 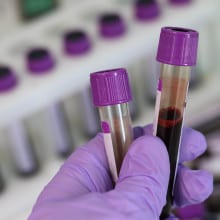 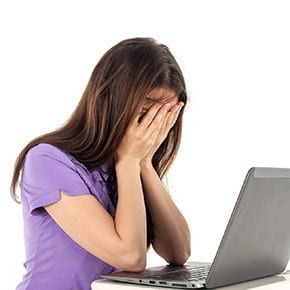 Dr. Jennifer Smith, ND
"Dr. Jenn is very knowledgeable about mold illness recovery and has provided me great help during the past year of healing. On top of that, she always make me feel taken cared of. I trust that she genuinely cares about my health just as I do. After seeing her for around a year I’m happy to say I feel like I’m almost back on track with my health. I’m going to keep on exploring my potential of wellbeing with her. I’m deeply grateful for everything I’ve learned from this journey."
Dr. Valerie L. Richey Bazylewicz, MD, ND
"Dr. Richey is successfully treating myself and my family for Lyme Disease, Co-infections, and Biotoxin Illness. She stays up to date on all the current treatments. I recommend her to anyone looking for a LLMD."
Dr. Valerie L. Richey Bazylewicz, MD, ND
"Dr. Richey is extremely intelligent and has vast knowledgeable about Lyme, co-infections, and other factors. She recognized Biotoxin illness in my daughter who has Lyme which turned out to be our home. We have moved and my daughter is now steadily gaining weight thankfully back to her old self, when she was a mere 110 lbs for so years. I appreciate greatly the compassionate and caring person Dr. Richey is, and how hard she works to help my daughter and others."

Dr. Jennifer Smith, ND
"Dr Jenn is the best doctor! She truly cares about our family and our health. She always listens and we feel heard and affirmed by her. Dr Jenn looks at root causes of presenting symptoms and actually addresses the root causes and helps heal the person. She is an expert in treatment of Lyme, CIRS and chronic illness in kids and adults. She will continue to be our family doctor even after full health…"

Dr. Jennifer Smith, ND
"Dr. Jenn is kind, compassionate, and knowledgable at treating patients with complex medical challenges (including conditions such as Lyme, Mold and Autoimmunity) using an array of tools and creative thinking. She is an accessible, honest partner and a valuable healthcare provider to have on your team. I’ve worked with Dr. Jenn since 2016 and can say with confidence that I would not be where I am today without her support and expertise! As a patient and practitioner, I have recommended Dr. Jenn to many in the Phoenix area and will continue to do so without reservation...."

Dr. Sultana Afrooz, DO
"I love Dr A so much. She has been a life savior for me. I was deathly ill when I first met her 3yrs ago and she knew exactly what it was. She said lets order test to be sure and they reassured us it was indeed Mold tox that was keeping my Lyme active. She is a kind hearted doctor witch is so hard to find these days. Really goes above and beyond to ensure your getting the proper treatments and care. Thanks Dr A"

Dr. Werner Vosloo, ND
"Dr. Vosloo and Dr. Coffin took me from extreme illness with Lyme and co-infections, mold toxicity, and high viral loads, to remission and restored health. I truly could not be more grateful and highly recommend these doctors and this clinic for getting to the root of your chronic illness!"
Dr. Valerie L. Richey Bazylewicz, MD, ND
"I never knew how effective a real Doctor-Patient relationship could be until working with Dr. Richey. She engaged me in my own healing process from the beginning, and helped me take responsibility for my recovery from Lyme, Bartonella and Biotoxin Illness. Then, she helped me maintain my good health."

Dr. Jennifer Smith, ND
"Dr. Jennifer Smith has provided exceptional care after diagnosing me with and treating CIRS following previous biotoxin exposure. I have seen significant reduction in my symptoms including resolution of headaches, pain, fatigue, and sensitivities. The medication I took cholestyramine and BE spray has been healing along with the other supplements she added to my treatment plan. I recommend anyone who is struggling following biotoxin exposure, whether it be genetic, environmental or both, to seek care under her knowledge. Additionally, she actually cares about her patients, which definitely increases trust in her recommendation and treatment plans. And I’m back to..."

Dr. Jennifer Smith, ND
"I cannot recommend Silvertree Wellness highly enough. I’ve struggled with chronic Lyme/mold illness for a solid decade and before seeing Dr Smith had spent so much time and money searching for answers. I immediately felt at ease with her because of her genuine down to earth compassionate bedside manner.. but it was her depth and breadth of knowledge that truly made me feel safe and like I could finally trust this person with my health. She’s trained by the best in the country but the unusual thing about her is her insatiable desire to KEEP learning. She’s always..."

Dr. Courtney Day, ND
"I first saw Dr. Day for gastrointestinal problems. She diagnosed SIBO and has cured me. Next she began working on my sinus problems which I’d endured for thirty years. Even after two sinus surgeries I was still having up to six sinus infections a year. She quickly identified my problem: staph colonization in my sinuses. She cured that problem. I was still in pain and exhausted. She set out to find the genesis of those problems and found Lyme disease and an accompanying co-infection as well as mold disease. She treated me for these and I can now say Dr...."

Dr. Werner Vosloo, ND
"Restore Bio Clinic is the first clinic I have found with a well-researched treatment plan to address my health issues I developed over 20 years ago due to prolong exposure to chemical toxins. Dr. Vosloo is extremely educated and personable. He’s always more than willing to take time to use his knowledge and background to help educate me as a patient. The staff provides a pleasant atmosphere that is very caring and professional. I feel very fortunate to work with Dr. Vosloo on a road to a better life."

Dr. Werner Vosloo, ND
"I am a licensed clinical therapist, adjunct professor and have also been a patient of Dr Vosloo since 2016. He has treated me for Lyme Disease (and several co-), Mold Toxicity (Chronic Inflammatory Response Syndrome) and several other health issues. Dr Vosloo has the professional education and skilled expertise needed to treat complex patients with chronic illnesses. In addition, he genuinely listens to each patient as he/she tells his/her story and then works diligently as a “medical detective” to help the patient heal. Not only does he genuinely understand his patients’ journeys, he is..."

Dr. Sultana Afrooz, DO
"Dr. Afrooz is very caring and knowledgeable about treating lyme and mold toxicity. She is always available to answer questions and her staff will call you back the same day you leave questions. I feel very fortunate to have found her."

Dr. Lauren Tessier, ND
"Dr. Tessier was the only physician to properly diagnose a mold exposure as a source of new problems. And once again, with proper diet and treatment, I am healthy again. I figure I am going to have a lifelong relationship with Dr. Tessier"